Status updates from MythoLogic Interactive about the game progress.
Forum rules
By using the forum you agree to the following rules.
Post Reply
14 posts • Page 1 of 1

I recently looked up what it would take to integrate the game into Steam Workshop and it's more work than I imagined. I thought it was just to configure a few paths where some content files would be placed but it's a whole API that needs to be integrated into the game and tested - a lot more than I excepted. Steam Workshop will not be integrated into SFD this year, but maybe next year. My vision is that you should be able to subscribe to maps and extension-scripts (and texturepacks?) in the Steam Workshop and they will automatically be updated as the author updates them. But until that's a thing, sites like http://sfdmaps.at.ua/ will be the place to go to.

For you that are waiting for the campaign or wants to know more about it here's a few notes:

We begun experimenting with different ways to construct campaigns in January with a few goals in mind:
1: Provide an solo/coop offline/online experience where you can fight against bots instead of only fighting other players online.
2: Fight against a variety of enemies (enemies with different behaviors), including a few boss fights.
3: Provide a longer sized experience (15-25 minutes-ish) compared to versus games. Campaigns have an end compared to survival mode.
4: Provide a bit of lore into the universe of SFD.

It has been an iterative process to find a somewhat good level of design, gameplay, storytelling, bots/AI and amount of work for the map maker in order to find some sort of sweetspot that we think is a campaign in SFD. This is something that has taken months and months to figure out because it's a lot of small and big parts in the whole picture... and we're still working on this in our spare time!

We intend to create more campaigns but for the steam beta and release version there will be one campaign to begin with.
20 x
Gurt
Top 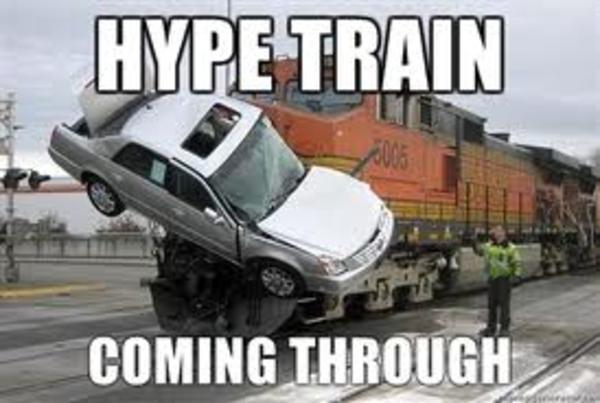 Finally next status update! Waiting for the game. I think it's really bad , that we'll not have Steam Workshop this year , but it's also my trouble , cuz i'm banned on SFDmaps. Gonna publish on forums.
2 x
-Content-maker.
Top

Has some limit about future campaign is 1/10 or?

Eagerly waiting for your creative campaign.

This is it chief! Can't wait for this game to prosper what it was really meaning to be in the first place. I think there should be an entire community that posts guides and creatively made mods.
That would bring the creative side of SFD
1 x
When the match starts
Top

We want to make several campaigns, but haven't planned for a specific number. Right now it looks like the Steam release will initially only have one, but hopefully the second will be released in a patch shortly thereafter. The first one has taken forever to figure out, but I think the others will be quicker because we'll already have the tools and the knowledge of what works and what doesn't.
4 x
Quinterball: Vigorously shaking a tile while rapidly tapping CTRL causes the selected tile to randomly flash red.
MythoLogic Interactive: By design.
Top

Multiple campaigns? Are you considering DLC as well?
I suppose it would only make sense if they turn out to be popular.
1 x
sorry bucko, you can't punch with swords

The game has come a long way since the old days of PreAlpha 1.0.6. Hopefully I can stop being busy long enough to host and play again.
0 x
Superfighters Wiki Founder
The Superfighters Wiki
Join the Wiki!

Danger Ross wrote: What are you doing here wiki-slave?! GET BACK TO WORK!

Danger Ross wrote: ↑
Wed Aug 15, 2018 10:02 pm
Multiple campaigns? Are you considering DLC as well?
I suppose it would only make sense if they turn out to be popular.

There are no plans for paid DLC at this point, just free updates for everyone who owns the game.
11 x
Quinterball: Vigorously shaking a tile while rapidly tapping CTRL causes the selected tile to randomly flash red.
MythoLogic Interactive: By design.
Top

May I ask if the estimated time of launch of the beta has shifted?

I'm about to go on a week-long trip, wanted to know wether or not I should find a laptop to bring.
0 x
The risk I took was caluclated, but man.....am I bad at math.
Top

I'm about to go on a week-long trip, wanted to know wether or not I should find a laptop to bring.

So, status updates coming and we feel closer and closer to the Steam Beta each time, that's exciting :OO
I've been wondering what new mechanics and reworks the devs are working now. A red hit flashing just surprised us in the last video, and seems like Gurt worked on dives (what I honestly think it is a high priority, since its the only whopping concern in this version imo, and since they said the dive code wasn't reworked after some SFD reformulation, if I remember well). I've just seen some people affirming whip is what's coming next even though nothing was confirmed about this too (fake news ofc). So I wonder, since a entire new game mode and the Steam launch is what's coming next, changes prove to be necessary and I suppose that's what is up in their minds too, but what else is coming?
0 x
When I was 22 I read this book
And I swore
"I'll stay my way, I'll stay my way"
Top
Post Reply
14 posts • Page 1 of 1